RAMBO and our Marriage Together

HomecouplesRAMBO and our Marriage Together 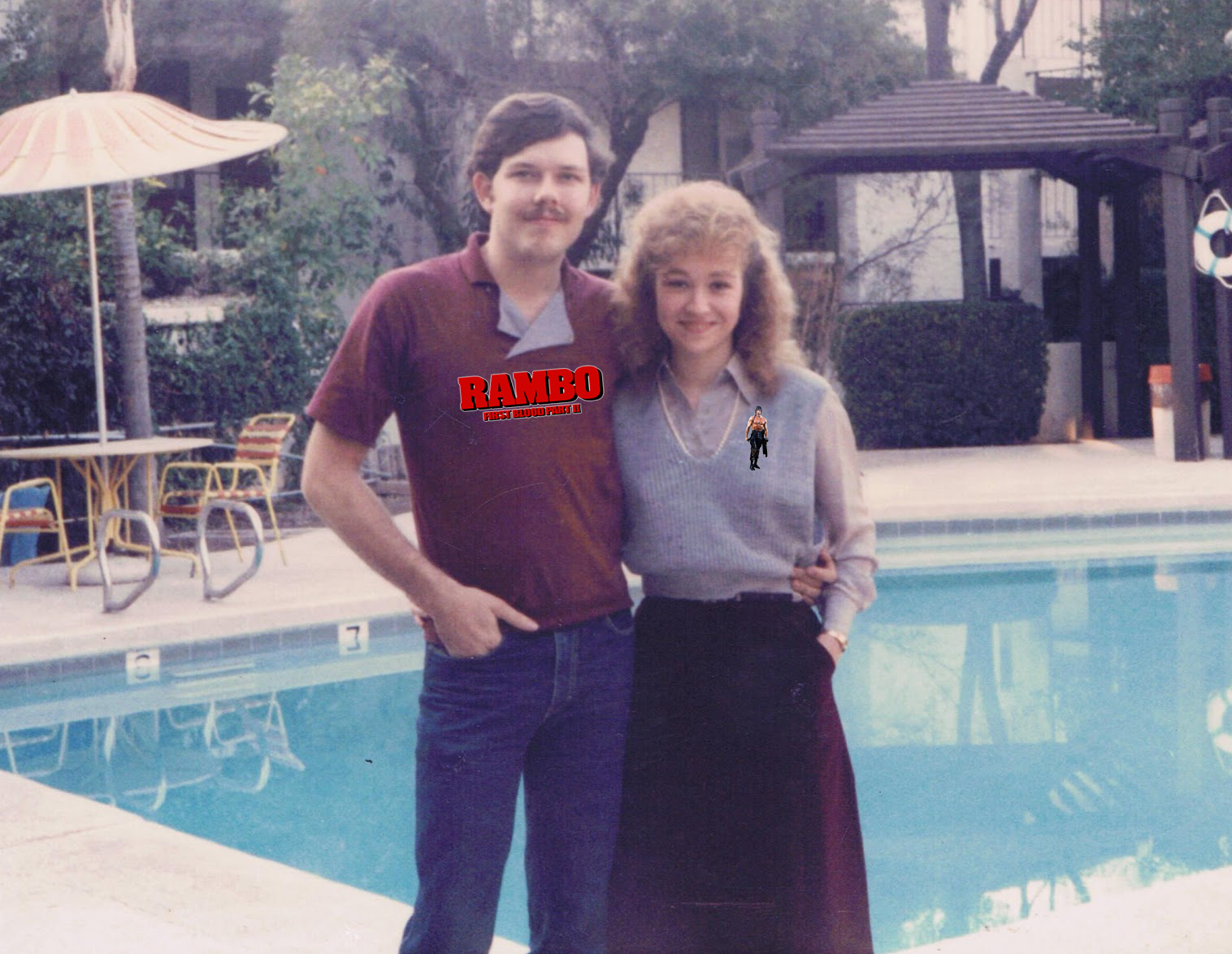 RAMBO and our Marriage Together

Dawn and I just flipped through Netflix offerings and came across the new Rambo Movie, entitled Rambo: Last Blood. While the movie wasn’t the best and was very violent, our hearts were still attached to the character. There was still some sentimental attachment to the character who was with us on the first weekend of our life together. I know that sounds crazy but let me explain.

Dawn and I have been married for almost 35 years. We were both just kids, Dawn turning 20 a month prior and me turning 22 only a week prior. We both came from a conservative Baptist home, but Dawn came from a much stronger fundamental tradition. I love my in-laws, but they were and are still trying to live the life they felt God had called them to do. Dawn hadn’t been allowed to wear pants, participate in “mixed bathing” (swimming with others of the opposite sex) or go to a movie theater. I struggled to accommodate these strange restrictions, but I loved Dawn and accepted them while we were dating.

We were married on July 26th, 1985 in Apache Junction Arizona. When the ceremony was done, we headed out to our honeymoon spot in the cooler temperatures of Khol’s Ranch where we spent the next two or three nights. After our first night together, we headed to the town of Payson to spend out first day together as husband and wife. First, we stopped by a Yellow Front store (now defunct) and Dawn bought her first pair of pants, as they were outlawed in her parent’s home. Second, we decided to check out the local theater to see what was playing. Maybe we could see a great romantic comedy or another classic film, such as Breakfast at Tiffany’s that would be “Our Film” and tie our lives to it forever. Well, Payson was just a small town with only one small theater and they only had one movie playing. You guessed it… it was “Rambo: First Blood II”. So, while Rambo really isn’t “Our Movie” like the song “the Rose” by Bette Midler is “Our Song”, it is still interwoven into the fabric of our life together.

So, for all those couples out there that started their lives together in a jungle of blood and guts, and you didn’t know how you would survive, you too can have new adventures and come out with new sequels many years later.  Our success is with RAMBO. R = Respect for each other. A = Admiration of each other M = Married forever (commitment) B = Bargain (you need to compromise) and finally O = One (We were no longer two separate people, but we truly became one).